The dream of flight began with early humans, who watched birds dart back and forth and soar high above. This dream extended to spaceflight, as humans realized that there is more above than just our sky, that the stars are like our sun and that there are planets orbiting those stars.

For me, the dream of spaceflight started at an early age. We were just taking the first steps to fly into space by the time I was old enough to understand what was happening. I watched with excitement as America planned the Apollo missions, which would fly us to the moon. 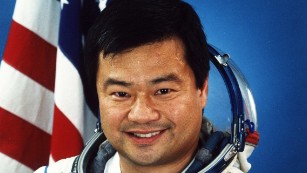 Then, tragedy struck, with the Apollo I fire. Astronauts Gus Grissom, Ed White and Roger Chaffee were killed in their spacecraft, while still on the ground during what was supposed to be a routine test. The nation was in shock. We had never lost astronauts before.
True to form, NASA thoroughly investigated the accident, lessons were learned, changes were made and we flew again, launching the crew of Apollo 7 into orbit less than two years later, and flying Apollo 11 to the moon less than a year after that.
Source: http://www.cnn.com/2016/09/02/opinions/space-x-explosion-chiao/index.html